Children in the middle of armed conflict

Five children were killed and three others injured in nine violent incidents which occurred in the far South during last December and January this year.  The dead victims included three brothers of the Mamun family aged from 6 to 11 who were shot dead by unknown gunmen who raided their house in Ban Palookapaeroh, Bacho district of Narathiwat on February 3. 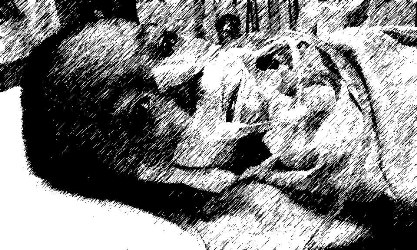 The children’s death toll and injuries within a two-month period were just a fraction of the actual number of casualties of children who have increasingly fallen victim intentionally or unintentionally of the violence in the restive region.

A recently-released report, entitled "Situation of Children and Women in Southern Provinces in 2013", which was prepared by civil society organizations led by the Cross Culture Foundation and the Network for the Promotion of Rights and Access to Justice shows that from 2004 to 2013, altogether 62 children were killed and 374 injured with several of them disabled as a result of violence.

Despite the plight of the children who were caught in the middle of conflict, there is not a single governmental organization which is responsible for this problem.  Moreover, there are no official statistics about the number of children affected, said Ms Supawan Poengrasamee, chair of the Thadanusorn, a non-governmental organization dedicated to the development of children and families in southern border provinces.

The direct impacts of the violence for the children include deaths, injuries, disability and loss of family members.  Many children have become orphans after their parents were killed either by the authorities or the insurgents.

According to the report, several children who lost their arms or legs from bomb explosions have to wait for up to 10 years before they are given artificial legs or arms.  Some have become blind and others have to live on life-saving devices.

According to the January report of the Isra news centre, there are 2,130 orphans in Pattani, 1,225 in Yala, 1918 in Narathiwat and 175 in four districts of Songkhla as a direct result of violence in the far South.

As for indirect impacts, children who were trapped in a prolonged war or armed conflict tend to suffer from depression which may affect their mental development for instance the children tend to become aggressive and are prone to violence.

Growing up in the middle of violent environment such as a war, children have a tendency to resort to violence and to join the rank of insurgents or government forces to exact revenge for the loved ones.

Interviews with several young members of separatist groups show that several of them lost their loved ones and they decided to join the rank of the insurgents to exact revenge on the authorities.  In most cases, they were assigned to be on the lookout for the government forces or to find supplies for the insurgents.

A report of the Justice for Peace Foundation shows that during 2005 and 2009, between 79-115 underaged youths were detained as a result of the Emergency Decree imposed in the three southernmost provinces at the Pitak Santi Centre.  But after 2008, no underaged youths have been detained ever since.